This is an excerpt from the training manual of Owens Rehab Science for Personalized Blood Flow Restriction Rehabilitation. A great read, from a source I’m happy to share my source with you all.

An accumulation of Lactate and Hydrogen ions within the muscle results in an augmented growth hormone release. (Goto 2005, Takarada 2000) This has been confirmed in experiments where Sodium Bicarbonate, an Alkaline product that can neutralize acidity, ingested before exercise decreased GH release after intense cycle sprinting compared to work matched controls. (Gordon 1994) Further proof comes from individuals that lack the enzymes Myophosphorylase, McArdle’s Syndrome, which inhibits the formation of lactate during exercise. These individuals display a blunted GH response to exercise. (Godfrey 2009) As lactate builds in the muscle, group III-IV afferents stimulate the pituitary gland to release GH. (Gosselink 1998) So if we can get a build up of lactate within the muscle there will be a subsequent rise in growth hormone, does the accumulation of lactate from BFR translate into increased GH secretion as well? From the available evidence it most certainly appears that it does. Takarada et al found a large and significant rise in GH after performing low intensity BFR for approximately 10 minutes of exercise. A second group performing low intensity exercise without occlusion and a third group that simply wore a tourniquet did not have a significant rise in growth hormone. (Takarada 2000) As noted, just wearing a tourniquet but not exercising did not produce a GH response. This highlights the combined effects of utilizing a tourniquet with low-level exercise to produce this systemic response. This finding was re-enforced in a separate study that measured GH between a BFR and work matched control group. In this study the rise in GH was 290% higher than baseline measurements. This is 1.7X higher than what has been reported for HIT training. (Takarada 2000, Kraemer 1990) A control group that performed the same exercise load without a tourniquet did not demonstrate a significant change. This rise in growth hormone was over twice as high in the BFR group compared to the controls.

The graphs comparing the rise in growth hormone and lactate production from this study nearly mirror each other lending further support to the lactate and GH hypothesis. Pierce et al demonstrated further proof for the need of exercise to be combined with the occlusion. Subjects served as their own controls and had GH measurements taken after BFR with exercise or just wearing a tourniquet. A significant rise in GH was found only after performing exercise under occlusion. (Pierce 2006) Recently researchers compared growth hormone levels after BFR and HIT in older and younger men. They found increased levels of growth hormone for both groups, however the elderly population had a lower GH response than the younger men. Interestingly, the younger patients demonstrated a higher rise in GH after BFR than HIT. (Manini 2012) It appears that manipulating the rest period may have an effect on GH secretions during traditional exercise. Kraemer et al demonstrated a 100 fold increase in GH after HIT (80% 1RM) exercise with a 1 minute rest. The same exercise load and volume with a 3-minute rest did not elicit the same spike in GH. (Kraemer 1990, 1991) This lends credence to the theory that the build up of metabolites that accumulates during short rest periods may play a role in the GH response. With BFR the rest periods are relatively short 30-90 seconds and perhaps more importantly the cuff stays inflated during the rest period, which prevents the removal of metabolites (lactate for this purpose) by the blood stream.

Lastly, a study that may be of interest in the rehabilitation setting is the application of electrical stimulation with BFR (involuntary contraction). In this study subjects performed isometric knee extension contractions to 20% MVC using electrical stimulation. The subjects served as their own controls and performed the contractions one day under BFR and one day without. Only the BFR condition was associated with a significant rise in GH. (Inagaki 2011) This would allow a clinician to combine BFR with electrical stimulation in the early phases of rehabilitation to induce a subsequent GH response. Many other studies measuring growth hormone responses to BFR and exercise have found significant responses including; Fujita 2006, Madarame 2008, Madarame 2010, Yasuda 2010, Reeves 2006 and Takano 2005. The totality of this evidence supports the role of BFR to increase growth hormone levels even with low load exercises. But does it really matter that you raise GH levels for your patients? Isn’t GH something athletes use illegally to get stronger? Unfortunately, the media has hyped what growth hormone truly does and its true role may be even more valuable for injury recovery. Perhaps the name “growth” combined with “hormone” automatically leads to the assumption that it is involved in muscle hypertrophy. This hormone has certainly caught the attention of the athletic world and popular press. In fact, it is one of the most frequent questions I am asked about BFR. From folks wanting to know if it “can really increase my HGH” to professional teams worried that their athletes will test positive for anabolics if they do BFR. Contrary to popular opinion, exogenous administration of GH may not lead to an increase in protein synthesis and subsequent muscle hypertrophy. (Yarasheski 1992) In a double-blinded study in which 47 healthy elderly men and women received either placebo or GH for a 12-week-period, no difference in muscle strength, muscle power and muscle hypertrophy was observed (Lange et al., 2002a). Rennie confirmed this in a follow up study in 2003 that also demonstrated no effect on human muscle size and muscle protein synthesis with the administration of rhGH. (Rennie 2003) Even though it is widely believed that GH plays a role in muscle anabolism and athletic performance, a recent systematic review found no effect of HGH on athletic performance. (Liu 2008) However, we know that exercise is one of the most potent physiological stimulators of GH secretion. (Weltman et al., 1992; Pritzlaff et al., 1999) Thus growth hormone must have a role in helping the body after exercise. We now understand that the role is recovery, primarily through increased collagen synthesis. Recently Doessing et al demonstrated that growth hormone played a direct role in increased collagen synthesis after exercise. (Doessing 2010) In the study, subjects took exogenous GH for 14 days and demonstrated a 3.9 fold increase in tendon mRNA expression and a 5.8 fold increase in muscle collagen synthesis. Muscle protein synthesis did not change. It appears that the role of growth hormone is to protect our tendon and muscle collagen structure after exercise. Thus, the correlation of increased GH release as the exercise intensity increases may be the body’s protective response to help our tendons and other collagen rich matrix recover. Support for this is also seen in animal models. Following Achilles tendon transection in rats, treatment with local GH injection resulted in a faster functional recovery compared with controls (Kurtz et al., 1999). Furthermore, decreased connective tissue deposition observed in growth hormone individuals seems to be reversible by GH supplementation, again pointing toward a close positive correlation between the level of GH and collagen synthesis in connective tissue. (Baroncelli 2000) Likewise, conditions with excessive GH secretions such as acromegaly, like Andre the Giant, are associated with periarticular soft-tissue hypertrophy and excess cartilage synthesis, causing arthropathy (Colao et al., 1998, 1999b; Scarpa et al., 2004). More evidence for the effect of GH on tendon structure was recently revealed in a study that immobilized 1 leg of elderly men for 2 weeks then followed this up with 6 weeks of rehabilitation. One group received GH supplementation and a control group received placebo. The GH group exhibited increased tendon stiffness and improved collagen synthesis compared to the control. The authors concluded “in elderly humans, GH seems to have a matrix stabilizing effect during inactivity and rehabilitation by stimulating collagen expression in the musculotendinous tissue and increasing tendon CSA and stiffness”. (Boessen 2014) Now that we know that GH has a response on tendon healing as well as the ultrastructure supporting muscles we can see the benefits it can play in rehabilitation. So why aren’t there more studies looking at GH to help recover from injuries? Doessing et al in their meta-analysis concluded that the positive effects of GH on tendon structure is well established, however “the lack of such studies can possibly be explained by ethical concerns regarding possible side effects of high-dose rhGH administration or because of concerns of increasing abuse of ergogenic substances”. (Doessing 2005) 31 Copyright ORS, Inc. 2015 With BFR you can induce increased growth hormone production and potential healing through collagen synthesis. It is clear that if we can increase lactate accumulation there will be an accompanying rise in GH. By using a tourniquet and safe low loads we can manipulate the healing environment around injured tendons, muscle and bone through increased collagen synthesis. This is important not only for collagen, ligament and bone, but also for the collagen matrix that supports muscle and is often disrupted after injury. A recent review paper in its discussion on GH concluded that the large spikes in GH, up to 300 times from baseline as seen in BFR studies, is to facilitate remodeling pursuant to myotrauma.(Schoenfeld 2013) Additionally, we can reduce stress on injured soft issues, joints and bone using low loads to produce lactate with the accompanying rise in GH (to levels equal if not higher to HIT). The body’s reaction to more and more strenuous exercise is to increase GH response in preparation for the subsequent collagen breakdown. The low loads associated with BFR do not cause this breakdown and you end with a positive collagen turnover.

This information was obtained from Owens Rehab Science.

What is a herniated disc? 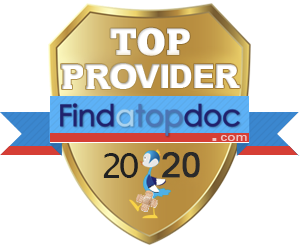